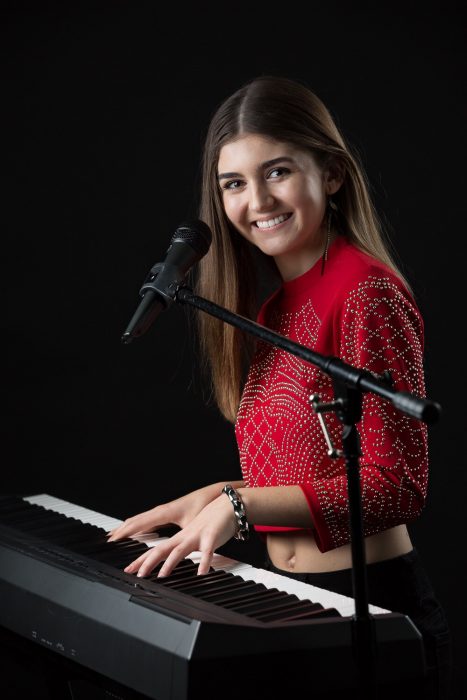 Franki Moscato is an American singer/songwriter and actress. At 20 years old, she performs solo concerts with only her mic and keyboard and leaves her audiences thunderstruck. People melt to her kindness and professional poise as she belts out her inspirational numbers. Moscato’s career dates back to grade school when she first polished her artistry and shook her school district with heartrending pieces that honored war veterans and their families. Moscato went on to perform the National Anthem twice for the White House, twice for the Green Bay Packers, four+ times for the Milwaukee Bucks, and twice for the Miss Wisconsin Pageant. In 2019, she won American Idol’s coveted “Gold Ticket” and went on to compete in Hollywood before their celebrity judges.  Moscato has been cast in a number of films including an educational human trafficking collection that is shared with students in schools across the country. Most recently Moscato was cast in a supporting role in the award-winning feature film Mags And Julie Go on a Road Trip.  She also stars in three music videos that have all earned awards including “Best Music Video” in the London and Hollywood Independent Film Awards, and a “Silver Remi” in the Steven Spielberg Film Awards.  You can find Franki performing at many private and public gatherings around the state. To learn more about Wisconsin’s teen icon, see her resume below.